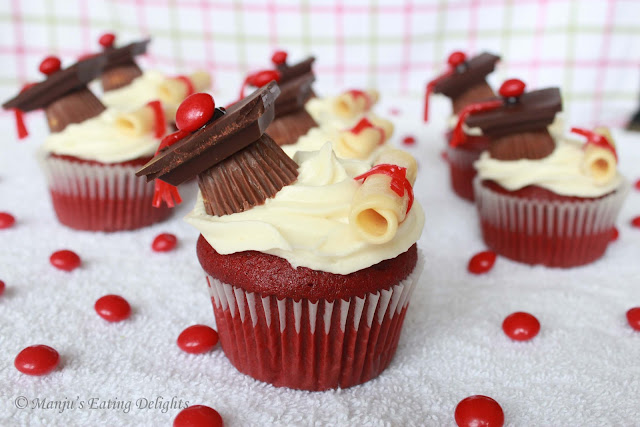 I'm feeling so proud of these Red Velvet Cupcakes with Cream cheese frosting which  I baked last weekend. They were made for my friends's friend's Graduation Party .

She had no specific requirements except that I bake a cake for her party. I have seen several graduation themed cupcakes earlier and I suggested to go with individual cupcakes and she was happy about that. Finally after having thought for over a week regarding which flavor would go well, I decided on Red Velvet Cupcakes with Cream cheese frosting! Who wouldn't love that? ;-)
And of course, to go along with the theme of the graduation party, I wanted to jazz up the cupcakes a bit by making cute looking graduation hats and diplomas to go on top of the cupcakes, and I must say, they were a bit of hard work , but soooooo much fun!!! ;-) 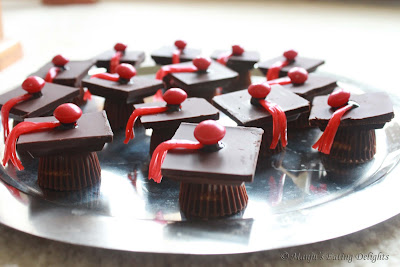 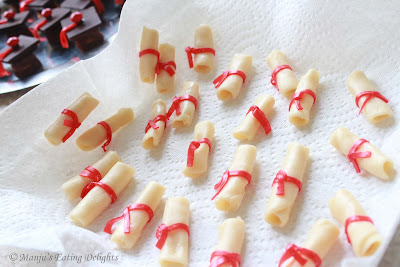 My neighbour (who is also a good friend of mine), with whom I've shared a few of my cakes, really liked them and she suggested that her friend ask me to bake for her. I must say I'm more than thrilled to have done this for her friend and it has really made me explore the more creative side in me!! 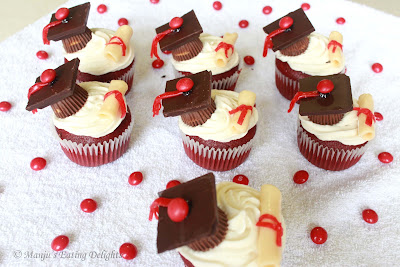 I left the cupcakes in plain white cupcake liners to show out the bright red color and delivered them in small cupcake boxes with some really cute HomeMade stickers stuck on them ;-) 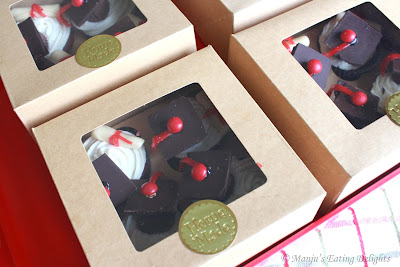 This was definitely a really fun 'project' and will always be my favorite . My friend and her friend (for whom these cupcakes were made) , both mentioned that the cupcakes received a lot of compliments and tasted very flavorful and moist. 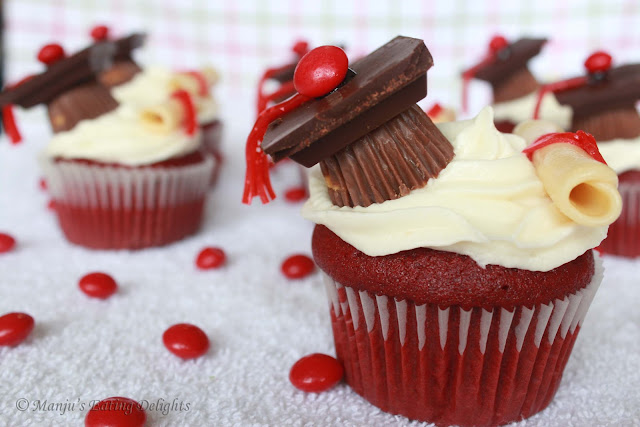 I will post in detail the recipe for the Red velvet cakes and Cream cheese frosting in a later post!
Hope you enjoyed them as much as I did....more later!! ;-)

You can check out recipe for the red velvet cupcakes here. 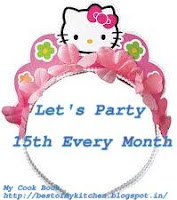 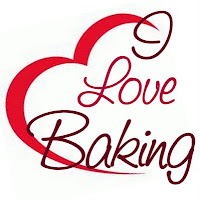 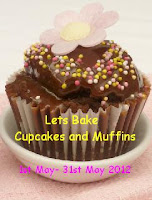