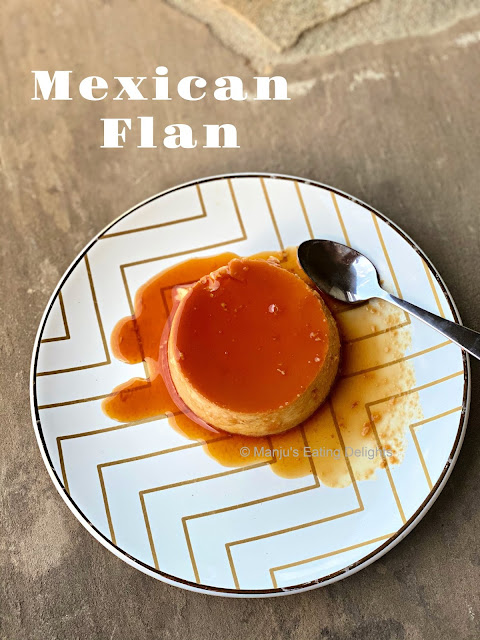 I just came to know from my work colleague that today 5th of May is Cinco De Mayo. It's a historical military victory of the Battle of Puebla celebrated in some parts of Mexico and USA. So here's wishing all who are celebrating, a very Happy Cinco De Mayo. My office always celebrates all kinds of cultural festivals both regional and international and we would have been treated to some yumm Tacos and mexcian treats today had it not been closed to the quarantine. I do miss all that but here's some fun facts shared by one of my office colleagues about the festival. 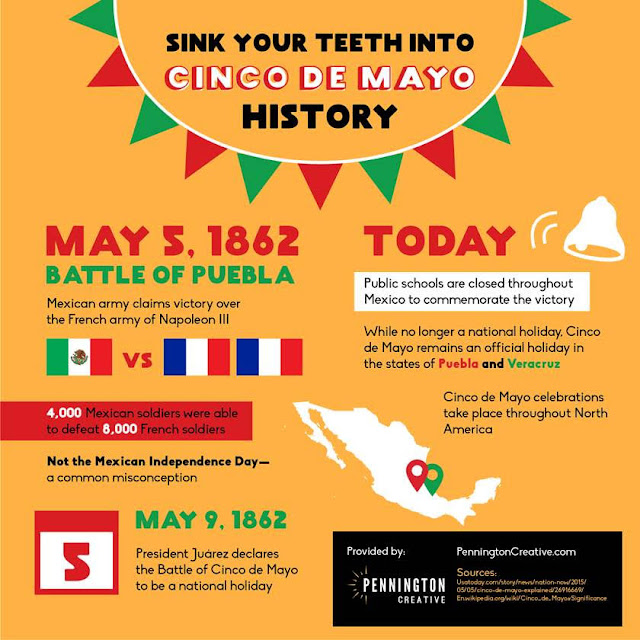 And to celebrate I thought it's a perfect day to be sharing with a you a truly delicious Mexican dessert...Flan! And this coming Sunday is Mother's Day, so if not for Cinco De Mayo you can always prepare this delicious dessert for another fun celebration.

Mexican Flan is known by many names, Caramel Custard, Egg Pudding, Creme Caramel etc to name a few and it's basically a cooked vanilla egg custard/pudding with caramel sauce and best enjoyed chilled. It's always seen in most Mexican restaurant menu. 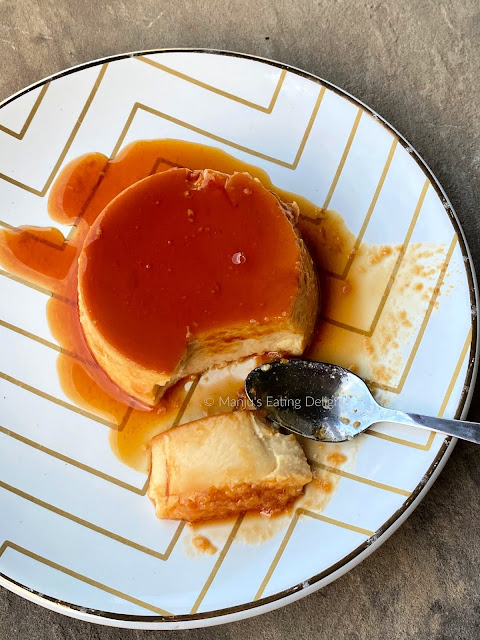 My Mom called it Caramel Custard and made it several times in our younger days. She used a deep bottomed steel bowl and made one large Flan with the delicious caramel running down it's sides. It was quite the magic act when she inverted the bowl and waited for the mild thud of the custard being released from the bowl into the plate below. We used to wait with keen anticipation and hope it would stay in shape and it always did...lol! I believe she used to steam her caramel custard instead of baking it, but it works just fine both ways. 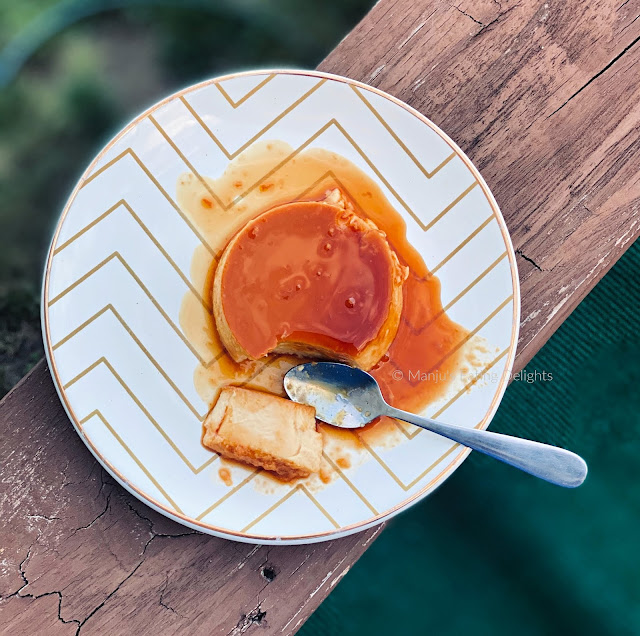 There are so many recipes for Flan, but I specifically wanted to try a low-fat version. Most recipes call for condensed milk or heavy cream etc and lots of sugar. It tastes divine no matter how it's made but I wanted something that we could indulge in but still not too high in calories. Eating Well had the perfect recipe and it took me less than 1 hour to put it together, bake the flan and refrigerate.

Its best to either prepare the Flan at night and enjoy the next day, or make it in the morning and it'b be ready to indulge in by evening as it needs a few hours to set and get chilled before serving. 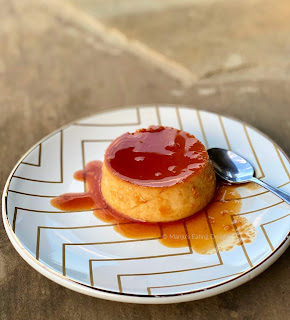 Directions
1. Preheat oven to 325 degrees F.
2. Caramelize the sugar:  In a saucepan, spread ⅓ cup sugar evenly and cook over medium-high heat until sugar starts to melt. Once sugar starts to melt, reduce heat to low. Cook until all of the sugar is melted and golden brown, stirring as needed with wooden spoon.
3. Immediately divide caramelized sugar among six ramekins; tilt the ramekins to coat bottoms evenly. Allow to cool slightly. (the caramel hardens quickly so be as fast as possible taking care not to touch the piping hot caramel)
4. In a bowl, combine eggs, evaporated milk, 1/3 cup sugar and vanilla. (can use a magic bullet to mix everything together)
5. Place ramekins in a rectangular baking pan (I used my 9"x13" cake pan). Divide egg mixture equally amongst the ramekins. Place baking pan on oven rack and pour hot water into baking pan around ramekins to a depth of about ½ inch.
6. Bake for 35 to 40 minutes or until toothpick inserted near center of each flan comes out clean. Remove ramekins from water. Cool on wire rack.
7. Cover  the top of ramekins and chill in refrigerator for 4 to 24 hours.
8. To unmold, loosen edges of the flan (from the sides and bottom) with a knife and invert a dessert plate over each flan; turn plate and custard cup over together. Remove ramekins from flans. Spoon out any caramelized sugar that remains over the flan.

Serve it just as it is or with some whipped cream or fruits.

Other delicious Mexican inspired treats on the blog include: 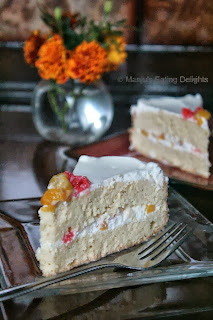 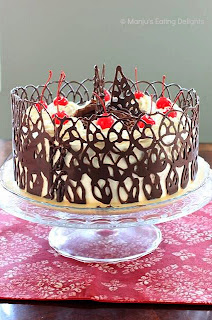